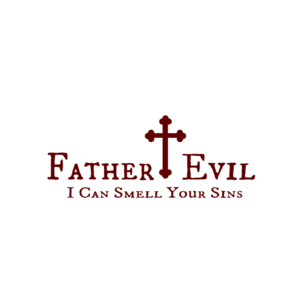 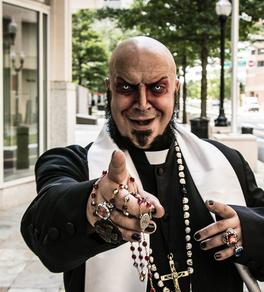 As fall draws near, so do the season of love. Father Evil is available for all of your wedding needs with various packages to meet every budget. For more information on our packages please visit our Weddings Page by clicking here 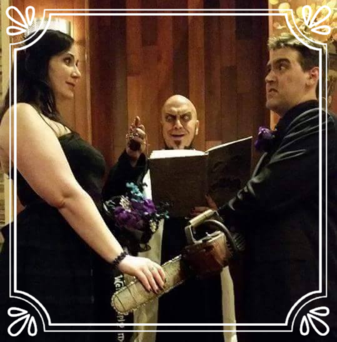 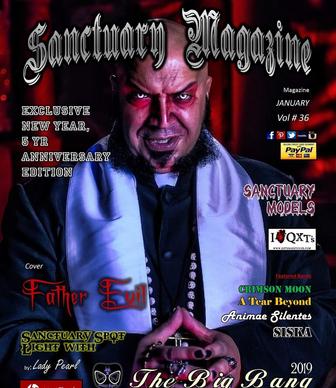 The following is Father Evil's guest announcement from Monster Mania. We are very proud to be apart of this amazing event!

Our first guest announcement of the evening is a long time friend of MONSTER-MANIA CON.
We are VERY happy to announce that fan favorite FATHER EVIL will be raising hell in CHERRY HILL, NJ for MONSTER-MANIA CON 40 the weekend of AUGUST 17-19th!
FATHER EVIL is an original horror persona that comes from the creative mind of Lou “Evil Lou” Avilleira. It’s not often that MONSTER-MANIA CON lists someone outside of the film, music or sports genre but FATHER EVIL has certainly earned it.  Along with his various convention appearances, FATHER EVIL has also become a fixture at haunted attractions along the East Coast and has also been recognized by several media and news outlets including a feature in Cosplay Culture, October 2016 Edition.
The possessed priest is so much more than a cosplay. Lou Avilleira is also ordained through The Universal Life Church. As FATHER EVIL, he performs wedding ceremonies for the couple who wants the unique matrimonial experience. He also performs vow renewals and commitment ceremonies for those who are looking to refresh their commitment.
Together, with his family, Lou Avilleira tours the country entertaining the masses as FATHER EVIL. It truly is a family affair for him. His wife, Sarah, runs the business as his manager and is in charge of all business aspects from bookings to research and development. His son, Xavier, dresses up as FATHER EVIL’S side kick, Alter Boy Evil. One day the horror torch will be passed down father to son. For now, evil is a family business.
On a personal level, I’ve known Lou for several years and have watched him grow this character from a $20costume to a true fan favorite character.  It is with great pleasure that we welcome FATHER EVIL back to MONSTER-MANIA CON 40 in CHERRY HILL, NJ! 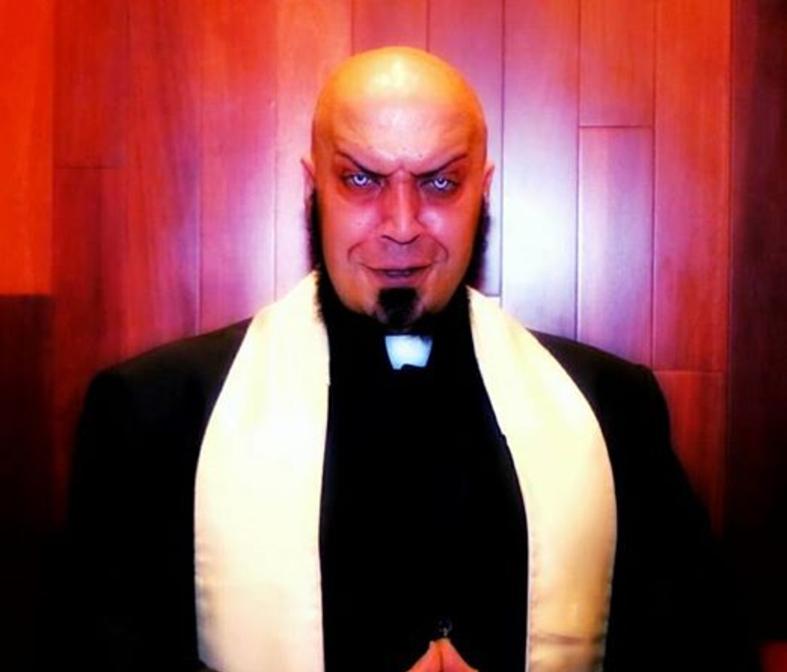